The term “ambiguous genitalia” is used to describe a variety of different conditions that result in an individual’s genitals appearing neither typically male nor typically female. This might include someone who has both external and internal reproductive organs (known as true hermaphroditism), or someone with the external appearance of one sex but the internal organs of another (also known as pseudohermaphroditism). Some individuals may also have an “in-between” gender, where they don’t fit neatly into either category.

For some, ambiguous genitalia is apparent at birth. Others may not show any signs of these issues until puberty or beyond.
The cause of ambiguous genitalia often cannot be determined before the child is born, but in some cases it can be diagnosed prenatally by taking amniocentesis or chorionic villus sampling (CVS).

If you are expecting a child with ambiguous genitalia, your doctor will recommend tests to determine which physical sexual characteristics are dominant or abnormally developed. Once these characteristics are established during testing, doctors can better understand how to proceed delivering the child. Many times doctors will take additional precautions in case there is a need for immediate medical attention.

Ambiguous genitalia refers to a condition in which an individual’s genitals do not appear to be male or female. In many cases, the individual has both testicular and ovarian tissue. This can result from a disorder of sex development (DSD). The symptoms may include:

Intersexis a condition where a person is born with both female and male sex organs. This can occur in a person who has an XY chromosome set or a person that has XX chromosomes.

In the event of the former case, there are two possibilities: either the child will have testicles inside their abdomen that never descend into the scrotum, or they will have what appears to be a normal male reproductive system but they will not be able to produce sperm. In the event of the latter case, the person will have ovaries and a uterus but their external genitalia will look like a normal female. This is because their body is unable to respond to male hormones. 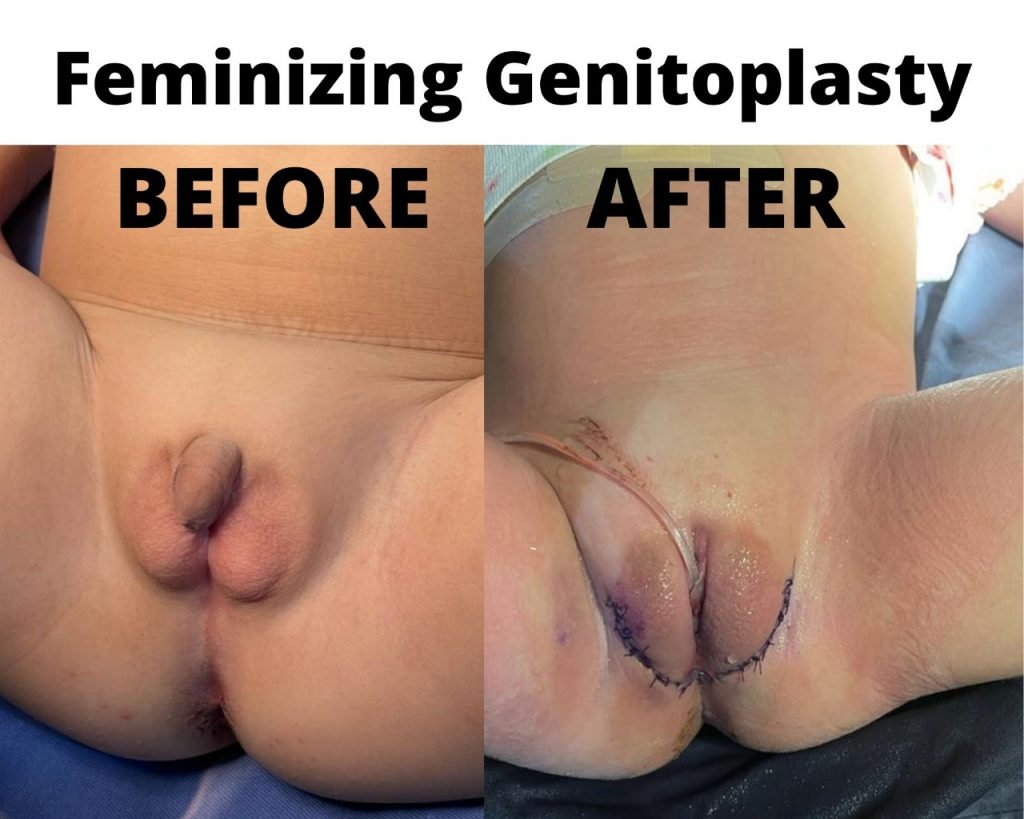 DSDs are caused by genetic abnormalities, environmental factors or unknown causes. The most common cause of ambiguous genitalia is a chromosomal abnormality, such as Turner syndrome (in which the individual has only one X chromosome) or Klinefelter syndrome (in which the individual has an extra X chromosome), according to “Clinical Obstetrics and Gynecology”.

Other causes of ambiguous genitalia include:

-Hormonal abnormalities, such as congenital adrenal hyperplasia (in which the body produces too much testosterone) or mixed gonadal dysgenesis (a disorder in which the reproductive organs are not completely developed)

The first step you should take to help your child who identifies as transgender or gender non-conforming is understanding their identity. The next thing on the list for parents and guardians of these children would be treatment, which can range from traditional counseling all the way through surgery depending upon what caused this issue in the first place: hormone replacement therapy such as HRT might also be part if that’s needed! 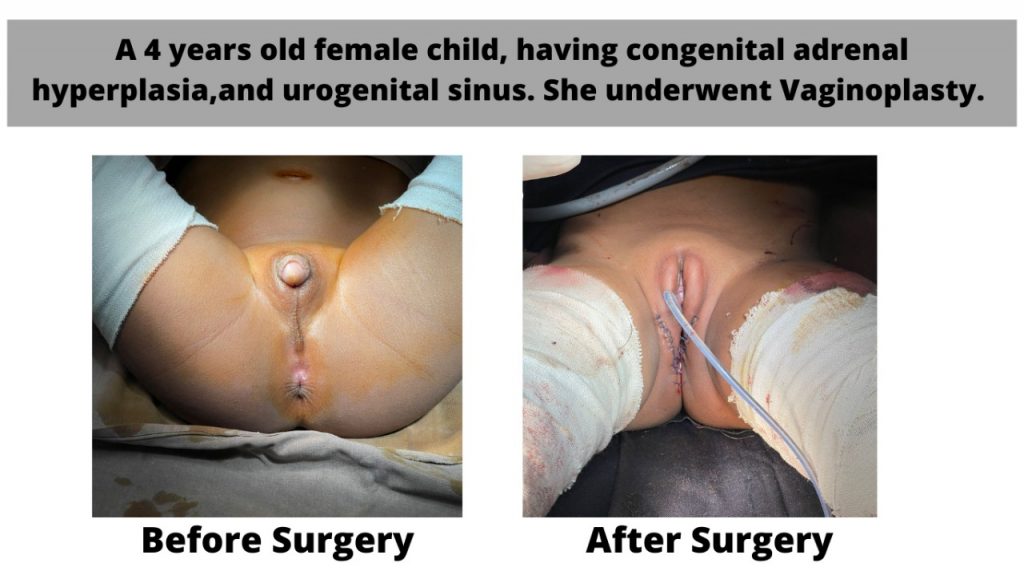 Patients with congenital adrenal hyperplasia initially need hormone therapy. These hormones are usually advised by pediatricians or pediatric endocrinologists. After that, they are referred to the pediatric surgeon for surgery. Most of the girls with congenital adrenal hyperplasia will need the surgery. These girls have a problem in their vagina as their vagina and urinehole are joined together in their body and there is only one opening at the bottom. Initially, it is fine as they will be peeing from that hol,e however, it definitely needs surgery to make a vagina and separate these two openings.

This surgery is usually done at 3 years of age, however, it can be done at any age. Sometimes, girls present to tus late in life like after 18 years of age and this surgery can be done among them. This is a long and very difficult and sensitive surgery. It needs a good team including a surgeon, urologist, pediatrician, psychologist, nutritionist,physiotherapist, radiologist, anesthetist and trained team of nurses. At our center, it is being done routinely and we have a whole team to take care of these patients.
Boys who have hypospadias often need surgery to create a normal-looking penis. The first stage of the operation will separate scrotal sacs from inside out so they can be repaired at later stages when healer has healed enough for growth purposes, which doesn’t affect boys feeling or being able to get an erection after going through this type of corrective procedure as well!

Some FAQs about Ambiguous Genitalia

Is ambiguous genitalia the same as intersex?

There is some overlap between the terms “ambiguous genitalia” and “intersex,” but they are not synonymous. Ambiguous genitalia refers to a condition in which a baby’s external genitals do not clearly indicate whether he or she is male or female. Intersex refers to a wide range of physical conditions in which a person’s reproductive organs and genitals do not appear to fit the typical definition of male or female.

No. Sexual abuse does not cause genital ambiguity. However, in some cases, trauma from sexual assault is the cause of the individual’s ambiguous genitalia. In these cases, physical evidence would be needed to confirm the trauma.

What is involved in diagnosing ambiguous genitalia?

The first step your doctor will take to determine if your child has ambiguous genitalia is a physical exam and a full medical history, which may include imaging techniques like: ultrasonography (in which sound waves produce images of internal structures), magnetic resonance imaging (MRI) (in which radio waves and strong magnets produce detailed images of organs, soft tissues, bone and all other internal body structures), or computed tomography scans (which combine X-rays with computer imaging to create cross-sectional pictures).

The most common cause of ambiguous genitalia is a disorder called congenital adrenal hyperplasia. In this disease, the baby has inherited certain genes from both parents that lead to an overactive production of male sex hormones called androgens. The increased androgen levels disrupt the development of external sexual organs before birth, resulting in genitals that can’t be easily classified as male or female.

The appearance of ambiguous genitalia can vary greatly from child to child. Some babies may have a mixture of both male and female genital features, while others may have genitals that are clearly male or female. In most cases, the size and shape of the baby’s genitals will not be fully developed at birth. The doctor will need to perform additional tests and examinations to determine the baby’s sex.

Although it is a condition that many may find challenging, ambiguous genitalia can be treated with surgery. This is what will make the most visible difference for a child. While gender may be harder to define, it can still be found and defined with definitive surgical techniques. 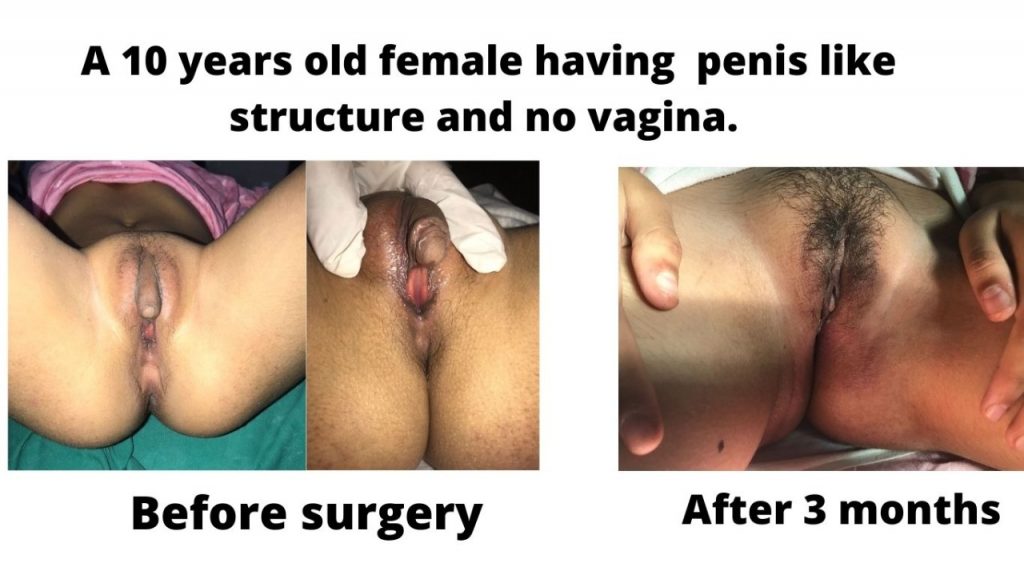 Some FAQ’s About Ambiguous Genitalia

How many kids are born with ambiguous genitalia?

Can ambiguous genitalia be prevented?

Women who might be pregnant with ambiguous offspring can now receive hormonal treatment to prevent it.

Can a baby be born without genitalia?

When a baby is in its mother’s uterus, the vagina and other reproductive organs may not fully develop. She could be born without these organs.

Can ambiguous genitalia be seen on ultrasound?

At 30 weeks of pregnancy, a scan of the fetal perineum can reveal ambiguous genitalia which was confirmed at birth.

What is the most common cause of ambiguous genitalia?

This happens when hormone abnormalities during pregnancy interfere with the fetus’s developing sex organs.

Congenital adrenal hyperplasia is the most common cause of ambiguous genitalia

Is ambiguous genitalia an emergency?

The baby with ambiguous genitals is a major social and medical emergency because several conditions can cause significant salt loss. If that loss isn’t recognized, the child could go into shock and die.